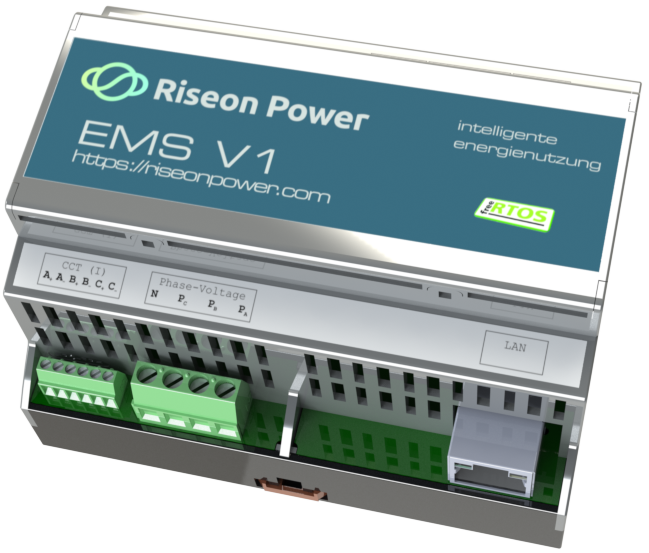 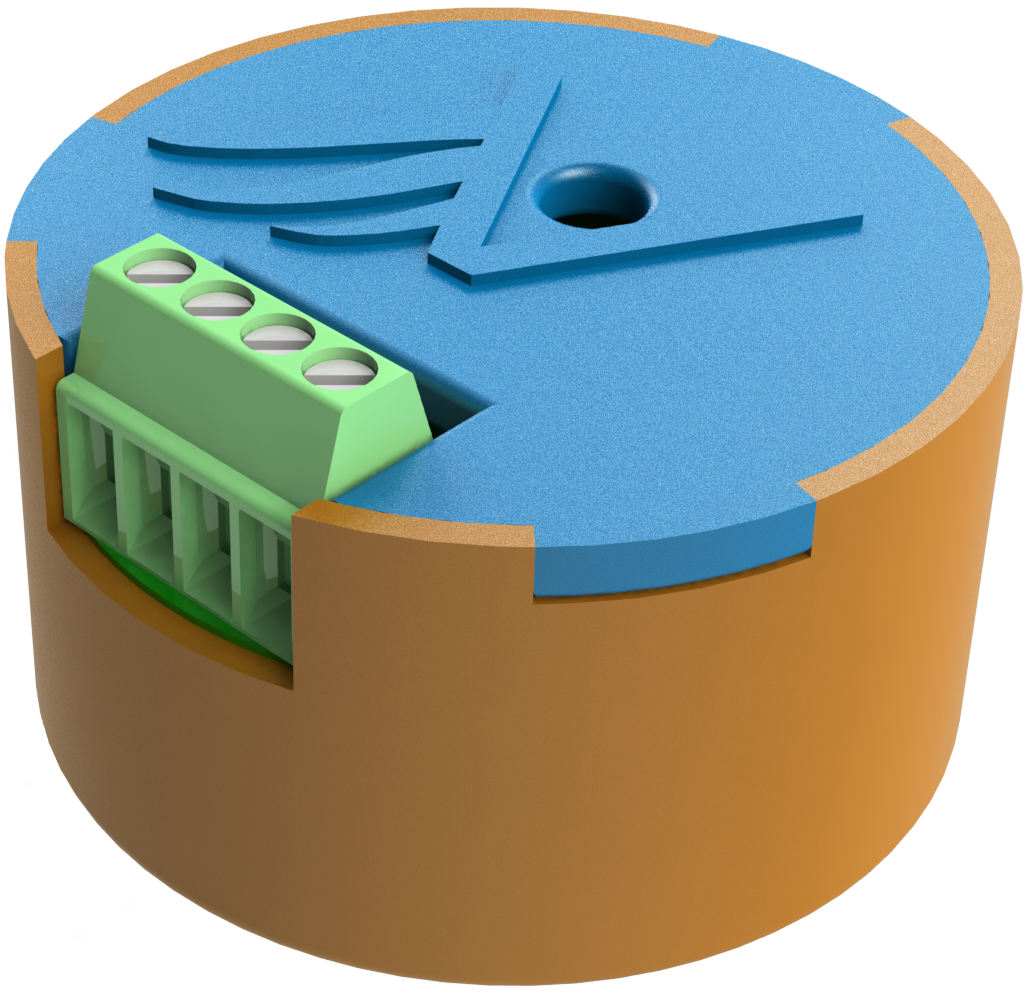 The RiseonEMS V1 is our first generation energy monitoring system. Together with an optical reader head comforming to the IEC62056 standard it can be used to collect data from any standard electricity meter with the appropriate interface. The readouts are done using a fixed interval of 5 minutes, then the data is transmitted to a database. The database can be accessed through a variety of APIs to facilitate inter IoT data exchange. Also, each registered user can visualize their data on our web-portal, the Energy Visualization App, E.V.A. in short.

The EMS also features several other standard interfaces like RS-485 and LAN which can be used to run widespread protocols such as SunSpec or Modbus (TCP). These protocols are used to integrate the power inverters usually used in harvesting renewable energy sources.

In order to transmit the collected data to the database, an internet connection is required. It is not necessary to have a 24/7 dataplan. Any data which cannot immediately be transmitted is buffered in the device until internet becomes available. However, any buffered data will not be visible on the E.V.A..

The typical use case consists of a single home with its own power production realized by means of photovoltaic (PV) panels. The energy produced depends on the current position of the sun and of course the weather. The household draws as much energy from the locally produced solar energy as is required, however, sometimes this is not enough. In that case additional energy is drawn from the grid. At other times the demand of energy is smaller than what is produced, so the surplus is fed back to the grid.

By adapting a few easy habits it is possible to maximize self-sufficiency, meaning a maximum of the solar energy is used on the spot and a minimum of additional power is drawn from the grid. To reach this goal, the consumer needs to have a way to visualize their current power profile in near realtime. By installing the EMS all the necessary data is collected and visualized on the E.V.A..

Future products will build up on the very same notion and increase self-sufficiency even more by automatically control certain appliances, like the preparation of hot utility water or charging of electric vehicles.